In late December we visited our friends at Revolution Brewing to select a barrel-aged beer for our 8th anniversary. We met with Marty Scott, their barrel program manager who walked us through their barrel aging strategy and process, Josh Deth, owner and operator, and our friend Doug Veliky, Revolution’s Chief Strategy Officer (and celebrity Beer TikToker) 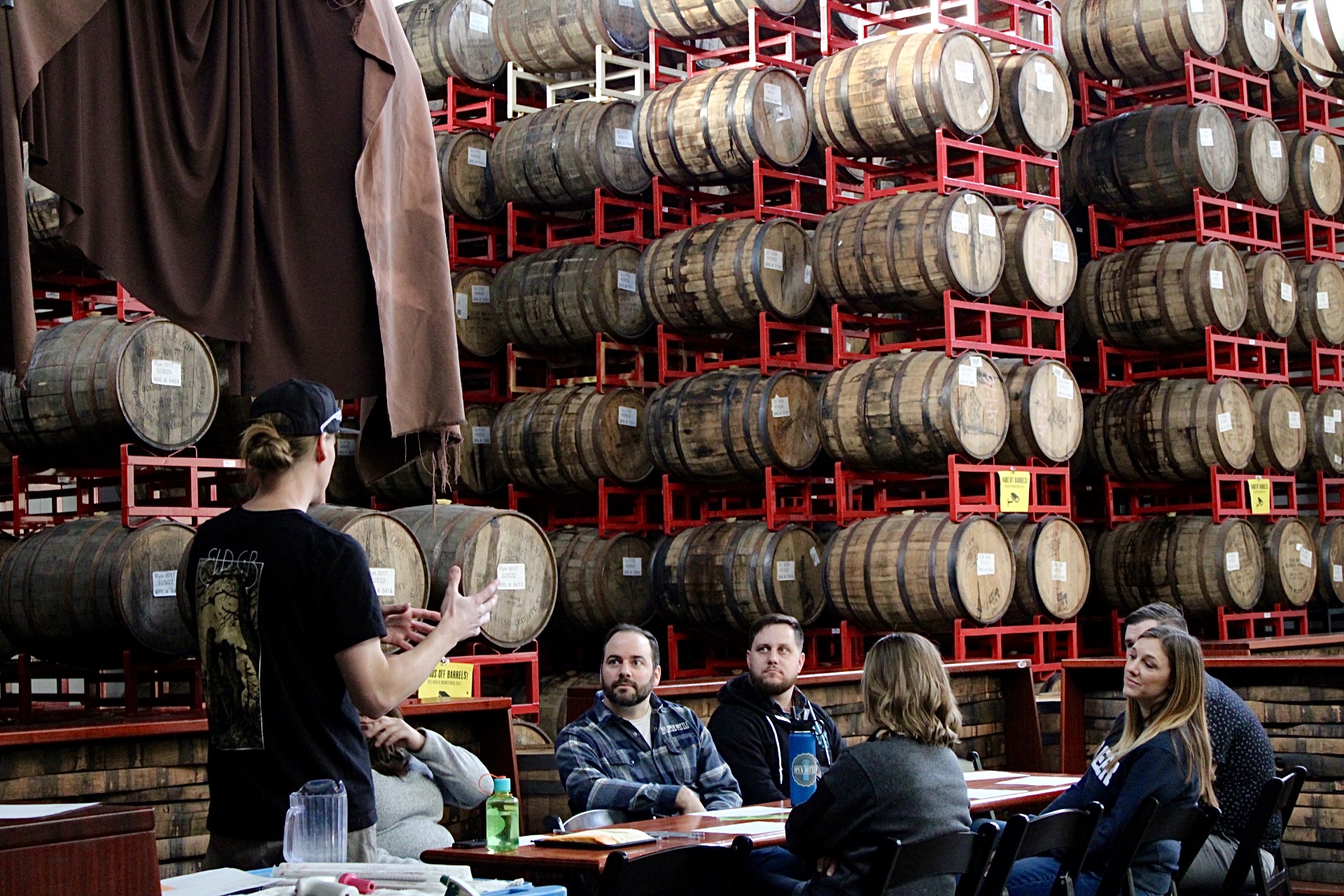 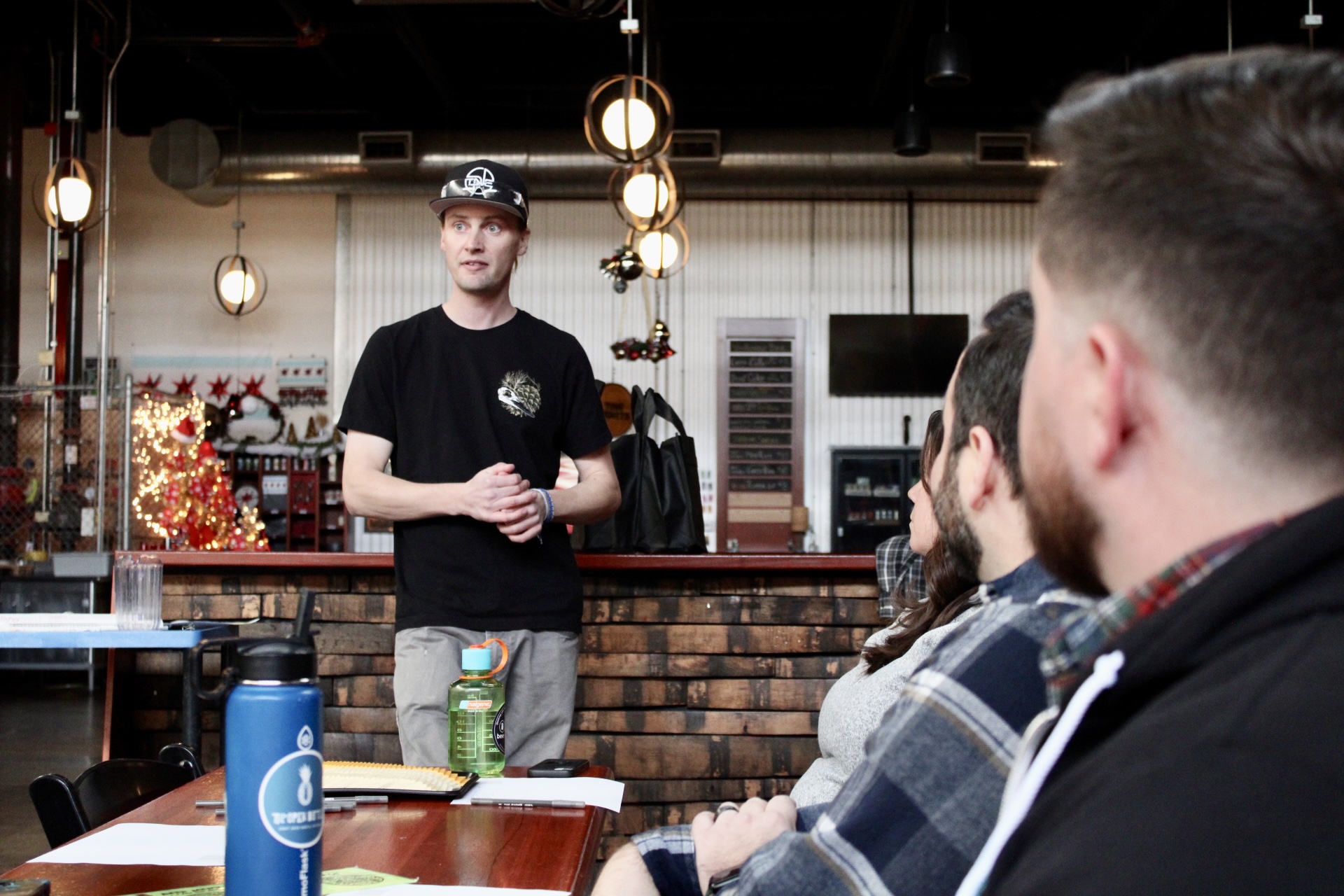 Marty walked us through the process of pulling samples from seven different barrels – three containing Deth’s Tar imperial stout, two containing Straight Jacket barleywine, one containing Gravedigger Billy scotch ale, and one containing Ryeway To Heaven ryewine. After pulling each sample from its barrel, we tasted, evaluated, and discussed. 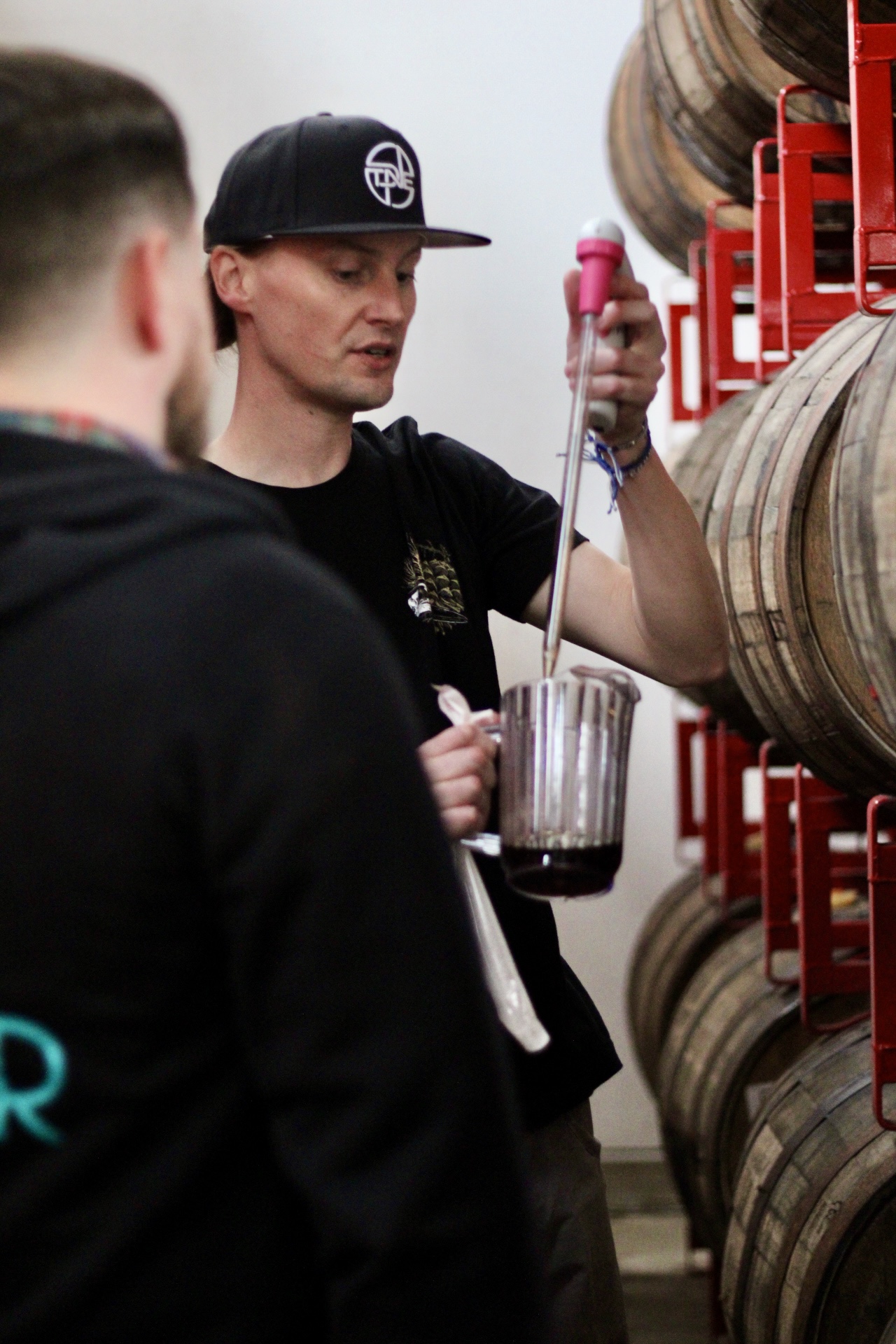 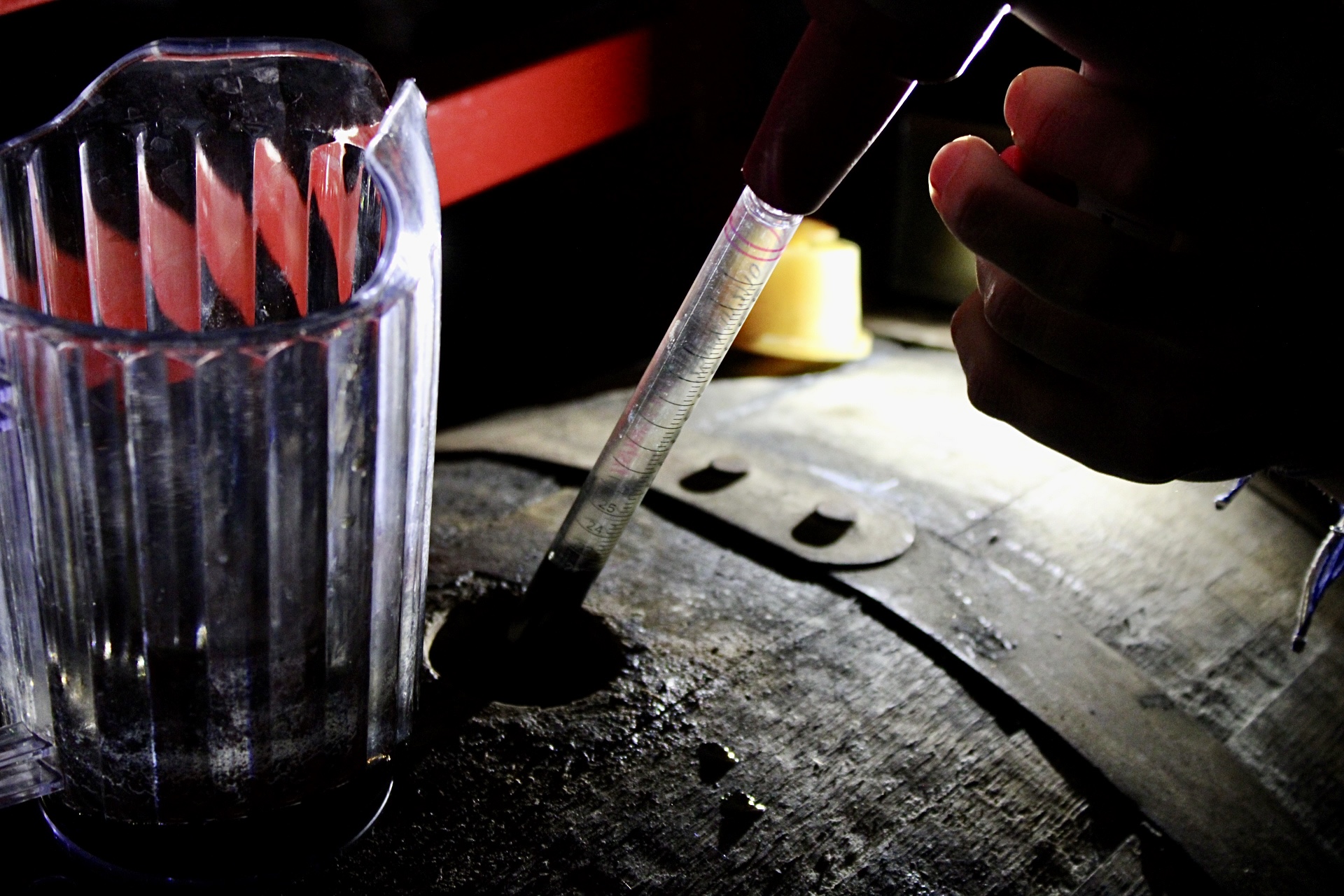 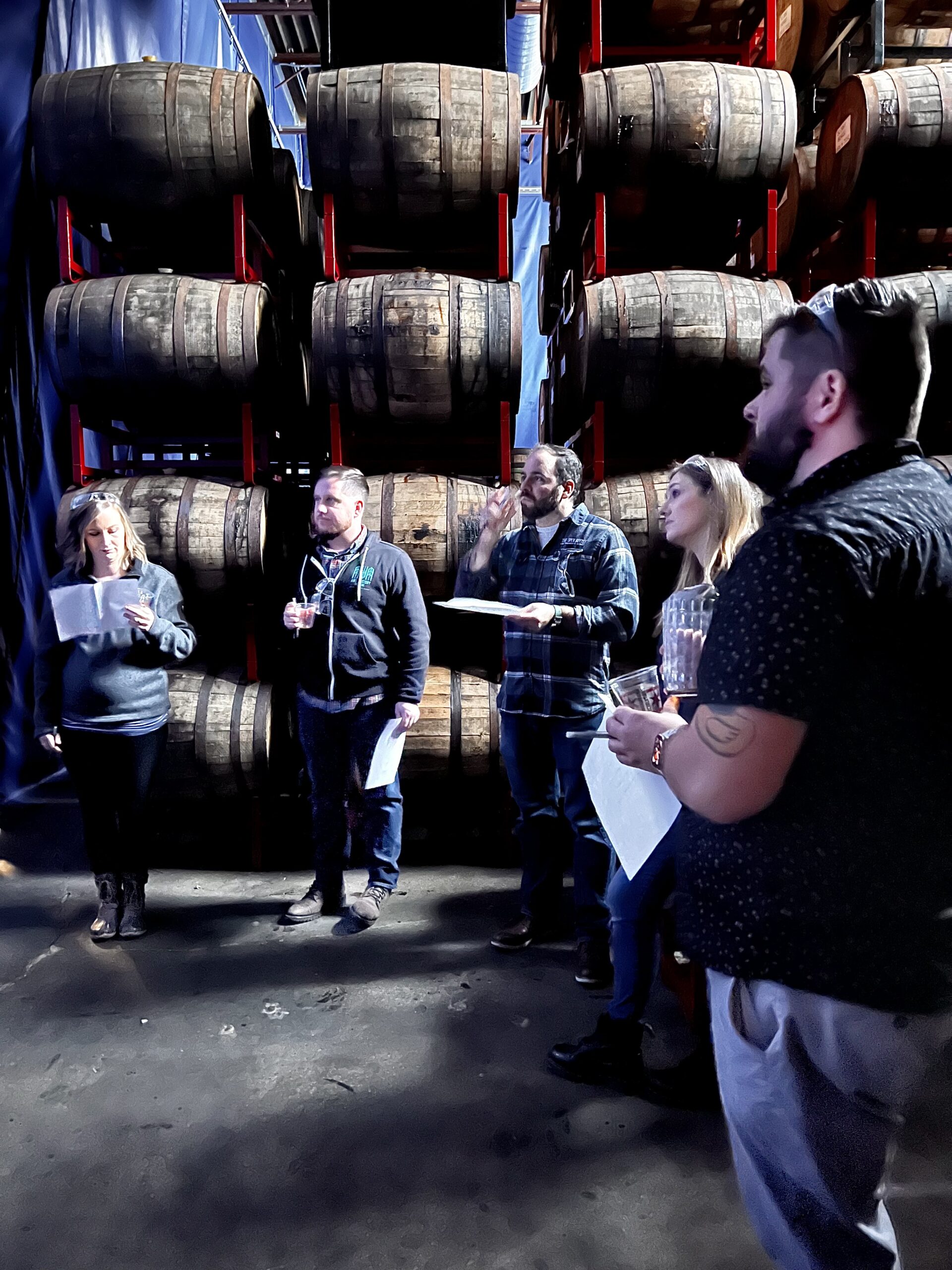 What’s in a name?

If you’ve ever met Marty before, you know how passionate he is about barrel aging beer, and his wealth of knowledge is enough to make anyone feel overwhelmed… in a good way. Marty’s use of metaphors to teach people about the nuances of barrel aging makes it easier to relate to and understand. As Marty was explaining Revolution’s barrel-aging process, there was one metaphor that Marty used that really stuck with us.

Marty, who was once in the United States Air Force, said that the slightest changes to a barrel, like temperature and location of the barrel for example, can affect the final beer in a big way, much like how the smallest changes to the wing equipment of a B-52 bomber airplane can change the entire functionality of the airplane.

When the time came to name this beer, this metaphor immediately came to mind. Considering the word ‘bomber’ from that metaphor and its dual meaning in our industry as a nickname for a 22oz bottle, paired with this single barrel of Straight Jacket picked by The Open Bottle… well, it all just fell into place. Bomber Jacket was born. 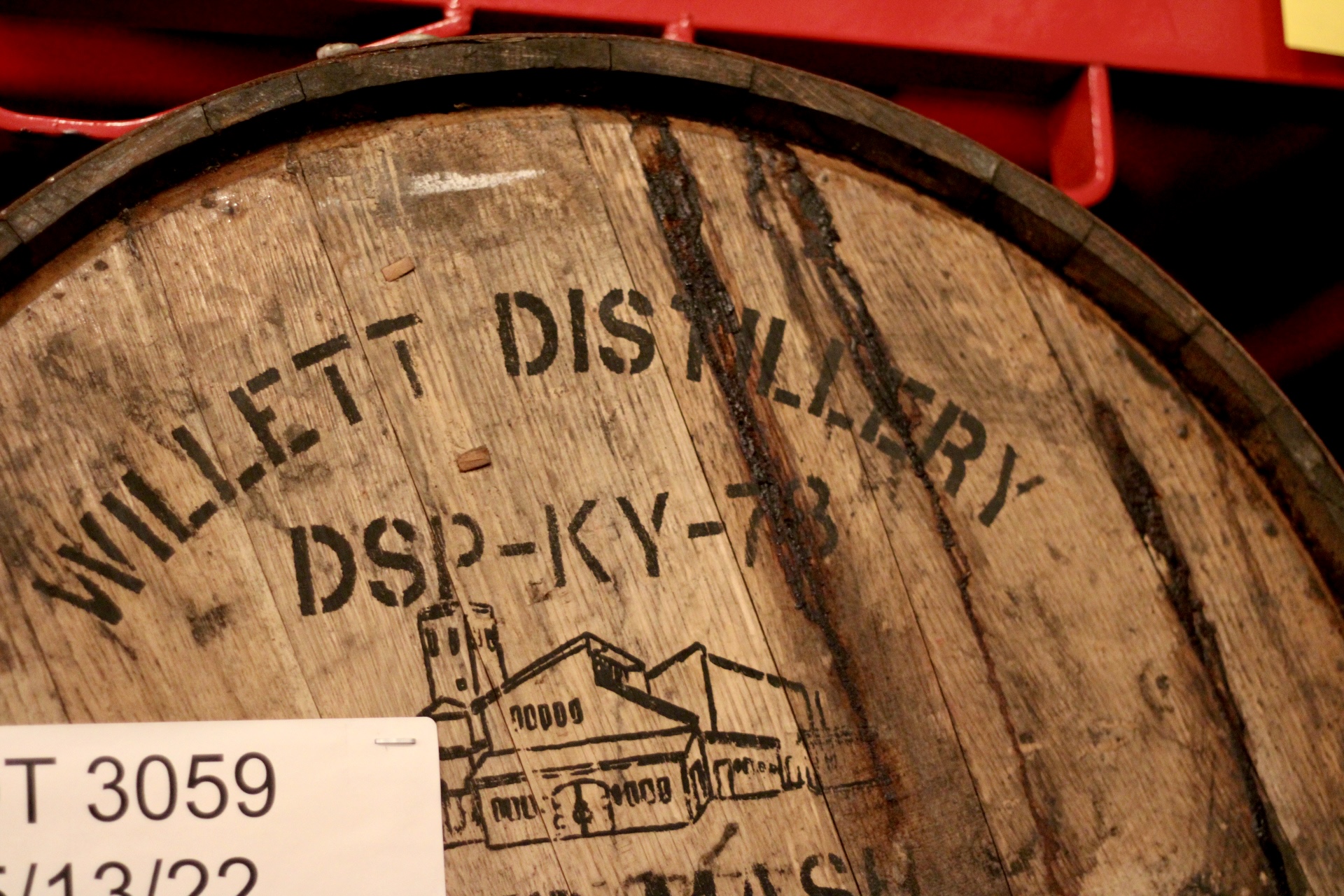 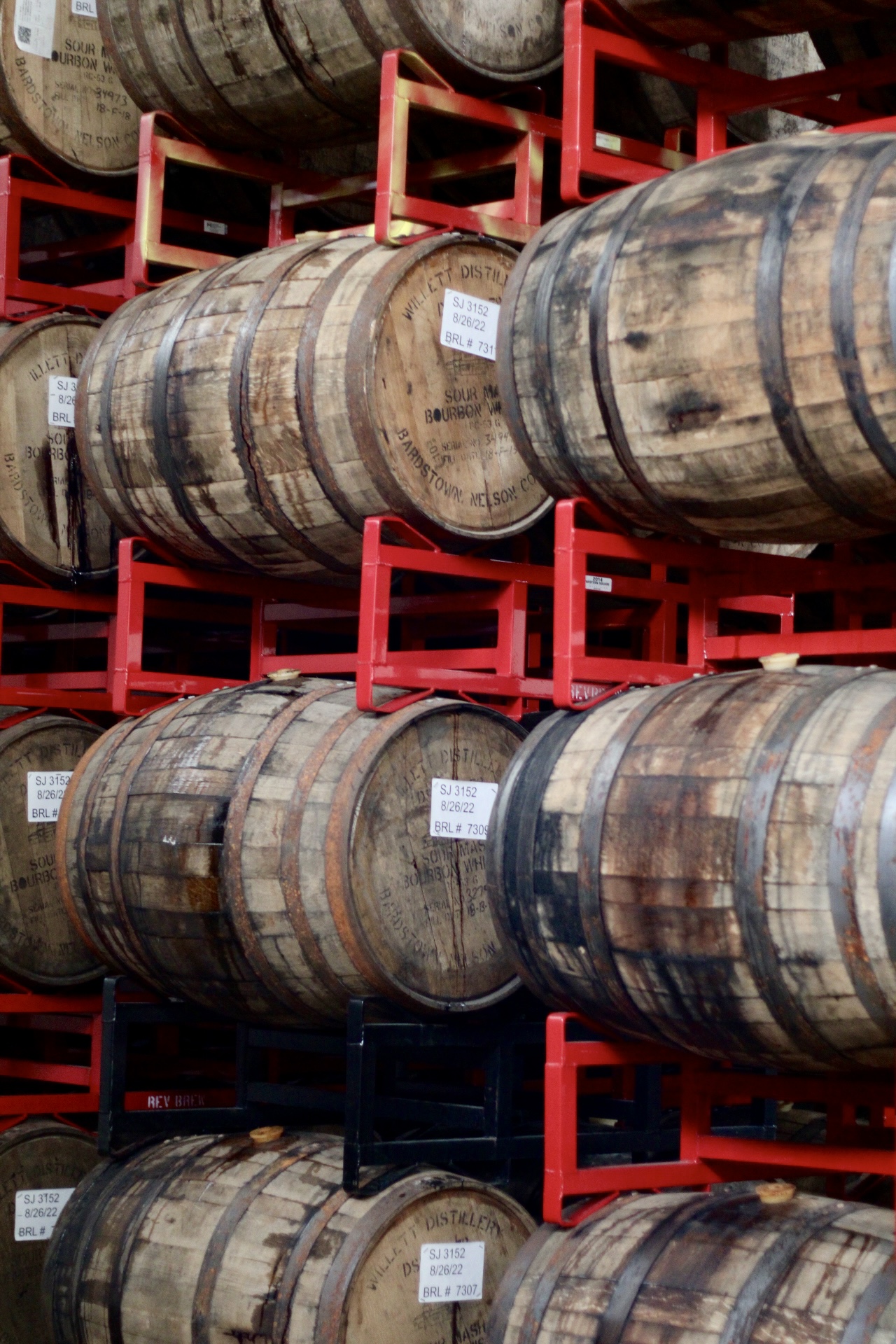 Bomber Jacket is a single barrel expression of Revolution’s Straight Jacket Barleywine Ale. It was aged in a Willett Bourbon Barrel for 14 months. Prior to barrel-aging, it was aged on French oak cubes in the fermenter to amplify notes of oaky vanilla and crème brûlée. 13.8% ABV

We reached out to Matt from Punchgut Studio, who has worked with Drekker Brewing to design their beer labels, to design an 8oz mini-growler label for Bomber Jacket. We let Matt run with creative freedom on this label. We shared the story of the name and suggested some kind of character on the label, and we think he hit a homerun with the label design!

Bomber Jacket will be exclusively available on draft at The Open Bottle during our 8th Anniversary celebration on Saturday, January 28th. We will have a very limited amount of 8oz mini-growlers for sale during our anniversary party.

Preorders for 8oz mini-growlers of Bomber Jacket will also be available on our online store on Tuesday, January 24th at 10am. Pickups for these preorders will start at 12pm on Sunday, January 29th at our Tinley Park location.

To Marty, Josh, Doug, and the Rev crew for a great day of learning, sampling, story telling…

Co-owner at The Open Bottle and all around self-described pretty-great guy. Certified Cicerone and Certified Dad of three.